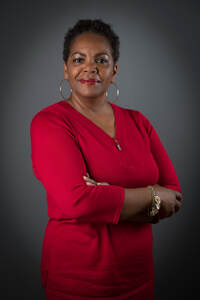 ​Marcia Jones - Executive Producer, Co-Director, Screenwriter
Marcia has over thirty years as an accomplished professional who developed excellent relationships with major clients in the corporate, government and the not-for-profit sectors. During those years she successfully negotiated mutually beneficial outcomes for all stakeholders. In 2011 she became a Social Winepreneur and created Urban Connoisseurs. She integrated her wealth of talent with her passion for wine. After several years of research and building relationships with some of the Black Winemakers, she began to write the script and story for the documentary “Journey between the Vines: The Black Winemakers’ Story. The documentary is the first ever intimate story of the lives of six Black Winemakers beginning with the first African American winemaker. She is also developing a fund in partnership with UNCF to provide scholarships to African American students who want to begin a career in the wine industry. Marcia is also writing a “Grape to Glass” book on the history to present day story of African Americans in the Wine Industry.